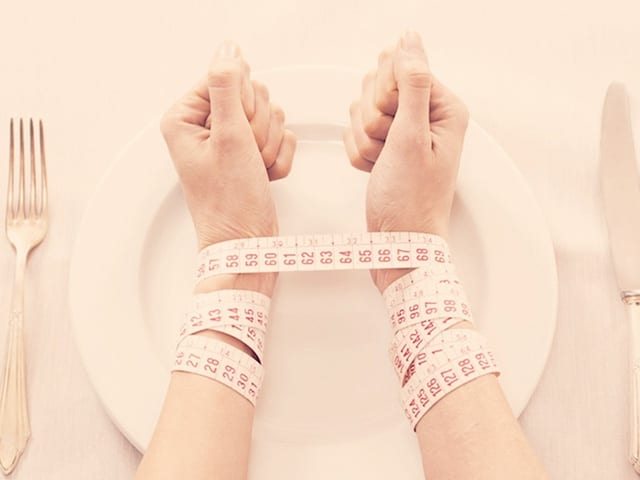 Phobic About The Extra Pound?

Although eating disorders have been in existence for far longer than their actual diagnosis, little has been documented prior to the 1870’s.

Many recognised the illness as a clinical manifestation, but did not acknowledge the psychological disturbance until late 1966.

From there on, terms such as weight phobia and morbid fear of fatness became evident. Ever since, not just the medico-clinical approach, but also the socio-cultural aspects of eating disorders are being addressed.

Up until the 1920s, the fuller figure was a sign of beauty, but during the last century western civilisation began to place emphasis on thinness as a true sign of attractiveness.

Through the media, the images of painfully thin models give the impression of acceptability, creating a constant social pressure to diet and count calories, and the higher rate of dysfunctional families in western society is not helping either.

One has to distinguish between the different types of eating disorders, namely anorexia nervosa, bulimia nervosa and binge eating.

Anorexia nervosa is characterised by behaviour to produce marked weight loss, an intense fear of becoming fat even though being underweight and evidence of an endocrine disorder such as the cessation of menstruation.

In 1979 Bulimia nervosa was first named and described as a variation of Anorexia nervosa and is characterised by a powerful urge to overeat followed by compensatory behaviour such as vomiting after episodes of binge-eating an intense fear of becoming fat, but not cessation of menstruation.

Binge eating is very similar to bulimia; however the individual does not use compensatory mechanisms such as vomiting or laxatives in an attempt to avoid weight gain.

There are a multitude of factors to be considered when diagnosing and treating eating disorders, of which the most important consideration is to address the cause before wanting to remove the symptoms.

The issue of control often comes into play. Anorexia may be seen as a strict control issue, whereas bulimia provides an opportunity for total lack of control.

Whatever reasons apply in a particular case, specifying the cause of an eating disorder takes much hard work, experience and expertise, as there are usually a host of contributing factors which can even date back to childhood.

Inappropriate treatment and/or advice can exacerbate the problem.

Therefore, when an eating disorder cross your path, whether it be yourself, close friend or family member, make sure you seek expert help and support. If left untreated, eating disorders may result in death, so take it seriously.

In terms of boosting your body with a daily anti-inflammatory and antimicrobial tonic for general well-being, click here.