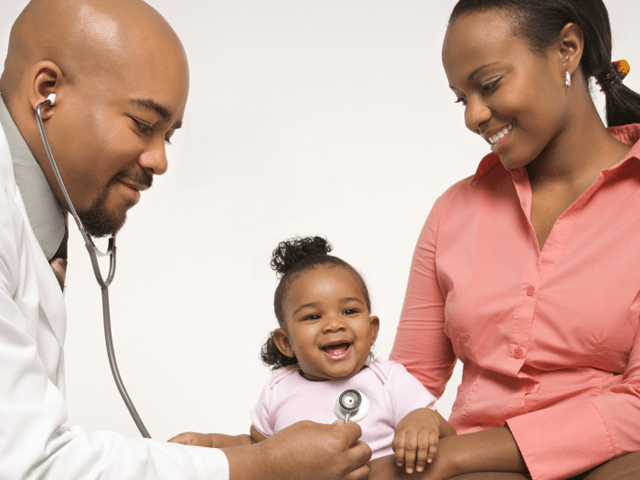 For centuries, silver has been used to ward off sickness and infection. However, many parents wonder if colloidal silver is safe to administer to children?

The answer is an overwhelming yes, though children should use a proportionally smaller dosage. And the wonderful part is that colloidal silver is tasteless, odourless, nontoxic, pure and natural, so your child won’t even think he’s drinking medicine!

Dr Jan J Lategan was an independent scientific researcher, author, and lecturer on natural health in Welgemoed, South Africa. In his book, Natural Health Tips, Mr Lategan discusses children’s ailments and how much colloidal silver to use in treating every illness associated with children.

Below is an extraction from the book about colloidal silver for children (used with permission). Bookmark this page for future reference!

Symptoms: Mild fever, headache or flu symptoms; rash of small red spots, which start itching and are fluid-filled; it then dries and form scabs; inconvenient if it is in the mouth.

Cause: Caused by a virus. The virus is spread through the air by tiny droplets caused by coughing and sneezing; arising from people with the disease or by direct contact with the rash or the sick person; poor immunity.

Complications: Bacterial infection of the blisters caused by scratching of the unbearably itchy blisters. People who get chemotherapy are more likely to have a serious infection and may develop pneumonia.

Chickenpox & Shingles: People who have had chickenpox are immune and cannot get it again.  The virus remains dormant in the nerve cells and may again later be reactivated to cause shingles.

Chickenpox & Pregnancy: Especially during the 2nd half, the baby may be exposed to danger.

Tip: Babies are not always thirsty and therefore dehydration is a danger; always offer small amounts of water.

Cause: Caused by a virus.

Cause: 95% virus infection in the upper airways.

Symptoms: Barking cough that may worsen at night; ‘hard’ breathing, especially when inhaling; hoarseness, especially if the baby cries.

Remarks: It affects mostly children aged between 6 months and 3 years, mainly in autumn and winter.  Boys are apparently more susceptible to croup than girls.

Cause: Infection in the outer or middle ear.
Cure: Spray colloidal silver liquid in the mouth or even carefully in the ear.

Notes: The tonsils and adenoids form part of the body’s defence against infections.  In tonsillitis, the tonsils are infected with bacteria or viruses that cause inflammation and a sore throat. The adenoids may enlarge, often due to recurrent infection or allergies.

Remark: Sore throat is much better treated with natural remedies as antibiotics, because it usually is caused by a virus.

Cure: Spray colloidal silver liquid in the throat at short intervals; give paracetamol for fever and pain to children older than 3 months [no Disprin]; cold liquids that are not acidic like sour milk; give ice cream and lollypop.

Recurrent Infections: Prevent it with a multivitamin as well as zinc and Vitamin E.

Background: A fever higher than 38°C is not a disease in itself but a symptom of one.  Fever is the body’s response to infection. The body generates extra heat when the immune system fights off viruses and bacteria.

Treatment: Keep your child cool and comfortable and give plenty of water with lemon or diluted fruit juice; wipe the skin with a wet flannel cloth; spray colloidal silver liquid in the mouth with short intervals and give Paracetamol drops [not Disprin] to children older than 3 months.

Warming: Fever, plus severe headache, dislike of bright lights, neck pain with forward movement of the head, confusion or dizziness, rashes or red spots that do not disappear when pressing an empty glass against them may indicate meningitis.  Immediately go to the emergency unit of a hospital!

Cause: It is a viral disease also known as Rubella; it is rarer than before due to immunization with MMR vaccine. It heals spontaneously within a few weeks but is a serious problem for unborn babies. If you are pregnant and have not previously had it or been in contact with someone who has it, go for blood test without delay.  One infection gives you lifelong immunity.

Symptoms: Fever, usually moderate in children, but may be high in adults.  After 2-3 days, a pink rash appears, first on the face and then spreads to the body.  It does not itch and disappears within three days.

Treatment: Spray colloidal silver liquid to the expedite healing.  If the child is older than three months and has a fever, give Paracetamol [not Disprin] and much cold liquid, e.g. water with lemon juice to prevent dehydration.

Remarks: Rare since MMR injection.  Contagious from the onset of flu symptoms to 5 days after the characteristic rash appears.  Symptoms usually disappear 7 days after the rash.

Symptoms: High fever; running nose; a cough; red, sore, watery eyes; white spots on red base on the inside of the cheeks; red rash appears after three days on the face and behind the ears, before it spread to the body,  the non-itchy rash lasts for about 7 days.

Cause: Lack of B-complex; stress; sometimes lack of Vitamin A.

Cure: Colloidal silver spray after every meal or bottle.

Cause: Caused by a virus.

Remarks: Rare since MMR [measles, mumps and German measles] injection. Spread by coughing and sneezing or by direct contact with the saliva of the infected person.

Symptoms: Pain and swelling in one or both sides of the face, below and in front of the ear, and continue for about 3 days; pain in swallowing; sore throat; fever.

Cure: Spray colloidal silver liquid in the throat with short intervals; prevent dehydration with plenty of fluids; Paracetamol drops if older than 3 months.

Warning: An adult male who suspects that he has contracted the disease, or who had contact with someone who has, and has swollen testicles, should see his doctor immediately.

Symptoms: Redness in the nappy area, but not in the folds and wrinkles.

Tips: Change the nappy at least 8 times per day, i.e. every 3 hours.

Causes: This is caused by fungi. Use of antibiotics without yogurt that causes Candida Albicans; poor immunity.

Symptoms: Yellow or white spots in mouth; sore mouth that makes it difficult to eat.

Tips: Candida Albicans is a fungus that flourishes on sugar and yeast.  Eliminate or reduce any sugar, yeast and white flour products.

Cure: Colloidal silver spray after every meal and every bottle.

Cause: Inflammation of the mucous membrane that lines the inner eyelid and eyeball.

Cure: Give a lot of apple juice with quercetin for allergies; spray the eyes frequently with colloidal silver spray to fight infection; give Echina Force for inflammation.

Symptoms: Infectious, purulent blisters that burst and a honey-coloured, scaly crust forms, especially among children due to a bacterial infection.

Cause: Caused by a bacterium. A bacterium which infects the windpipe and airways in the lungs causing inflammation.  The bacterium is spread by coughing and sneezing.

Symptoms: The symptoms are usually moderate, almost like a cold.  After two weeks, the symptoms worsen and may include attacks of coughing followed by a rapid intake of breath.  This causes a shrill noise, often worse at night.  Mucus, vomiting and possible nosebleed.  The cough continues, often for weeks.

Cure: Echinacea or colloidal silver liquid kill the bacteria, a multivitamin will strengthen the child’s immunity. The first whooping cough attack does not give total immunity, but the second attack is usually less serious and may not even be recognised as whooping cough.

Warning: This disease is very dangerous for babies under a year, for whom it may be life-threatening, and it remains dangerous to children under two years.